In the past few months, we have introduced many exciting new features into Hoverfly Cloud including different ways of creating API simulations, and giving more control of simulated services.

Capturing an API Simulation on the Cloud

It’s a breeze to capture a simulation using hoverctl command line tool from OSS Hoverfly and now there is a seamless experience on the Cloud as well.

You can start a capture instance directly from the GUI, which transparently saves any traffic you send to the URL to create a simulation. You can even see the capture data being recorded, and remove anything you don’t need.

However if this doesn’t work for you because the API is not publically available (for example, your dev environment behind firewall), you can still download the hoverfly-cloud-agent, fire up the dashboard app, and start a capture session in your environment. The simulations can be published to Hoverfly Cloud for sharing with your team.

Switching between a simulation and the real API could be a pain. It’s likely that you have to restart your app with configuration containing a different set of URLs.

In Hoverfly Cloud you can simply switch the instance mode to “passthrough” and we will handle the routing for you.

Supercharge your simulation with Behaviors

As a part of the Pro account release, we also introduce a new concept called “Behavior” (For people familiar with OSS hoverfly, Behavior is a remote version of middleware which provides the control you would expect in a cloud environment). A Hoverfly Behavior is a function that intercepts and modifies the API response before it is returned to the client.

Behaviors are used for error injection, latency modelling, and more to mimic the real world behaviors of an API which can be very hard to consistently reproduce in a test environment. 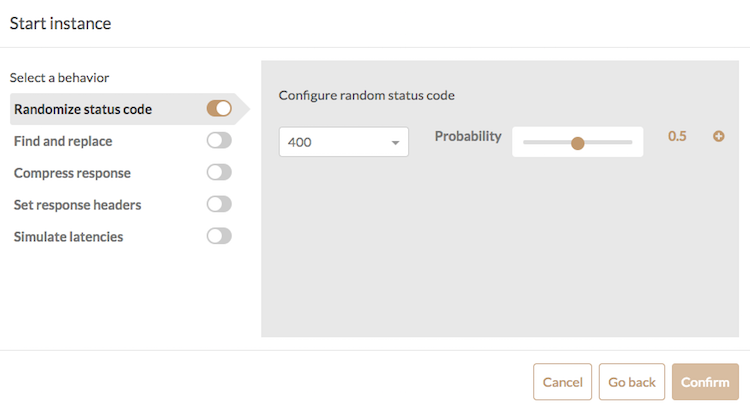 In future releases, we will gradually roll out more prebuilt Behaviors based on customer demand.

A new dashboard is available that gives you more control and insight for each instance. You can update mode, simulation and Behavior on the fly with no need to stop and restart.

You can also view the journal which is a list of access logs to the instance. A green entry shows a successful match and a red entry alerts you a failed match. 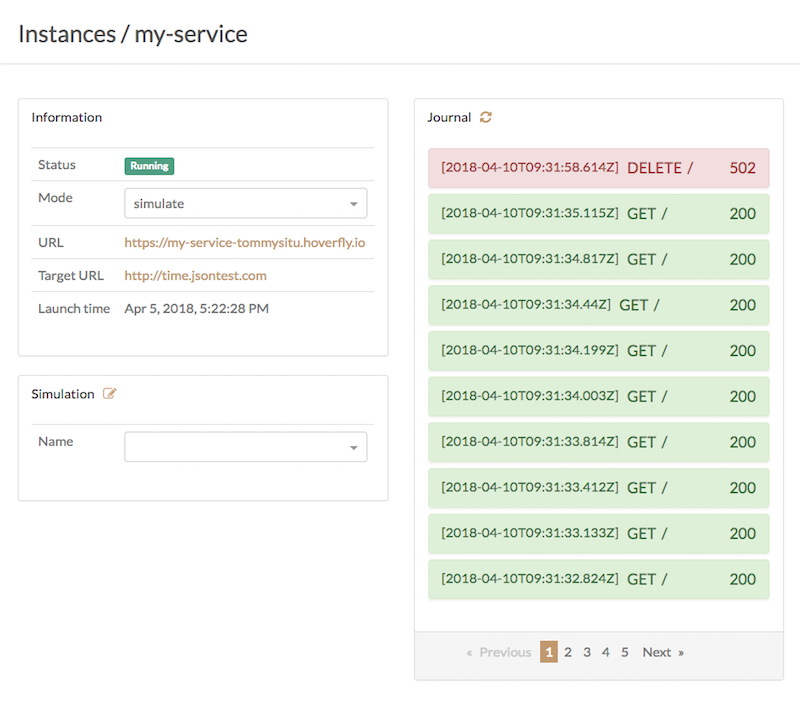 Sometimes you may want to experiment with the simulated API quickly, for example, to check if introducing a new field in the JSON body would break the service under test to give you the ability to validate your ideas before actually making the change to the dependent API. You can do this with the simulation editor and applying the change takes effect immediately.

This makes it easy to do exploratory testing for trying out things that wouldn’t normally be in the API spec. 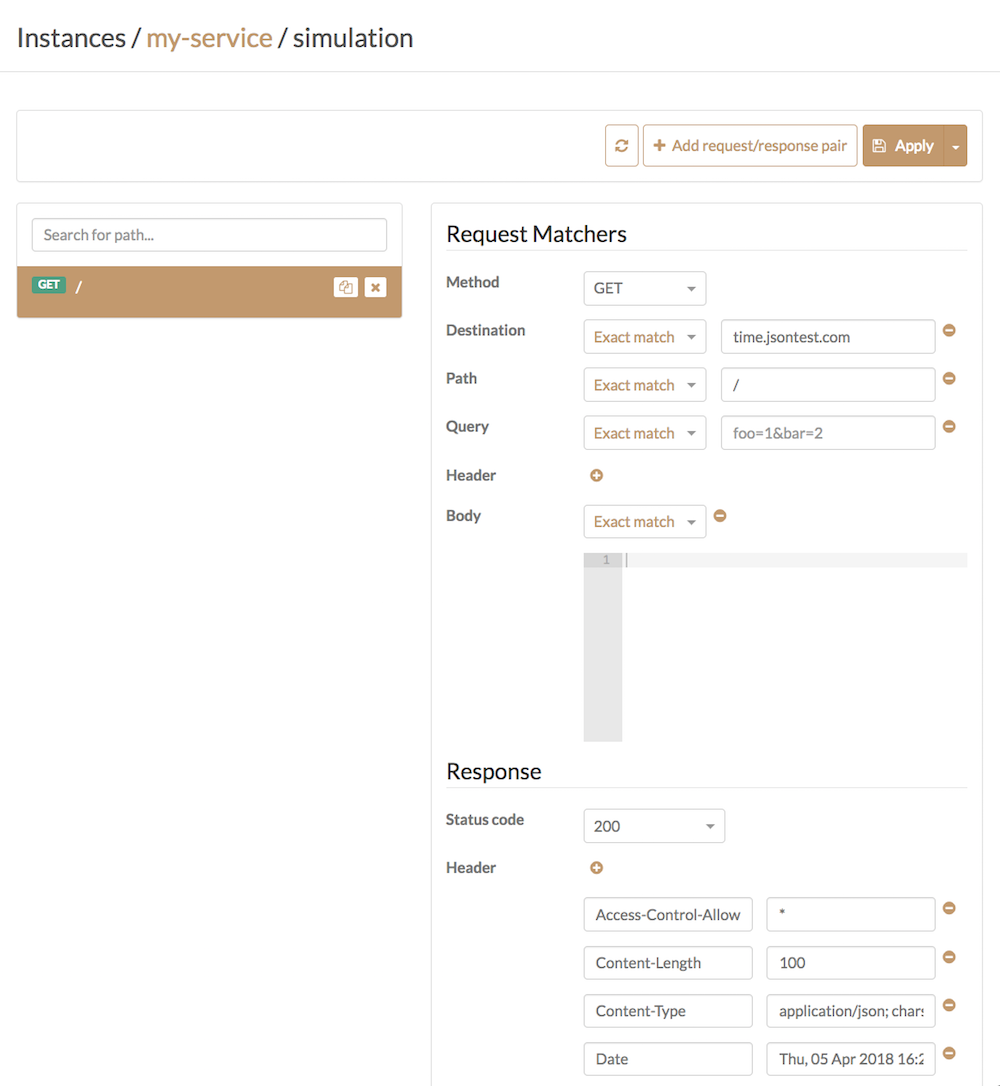